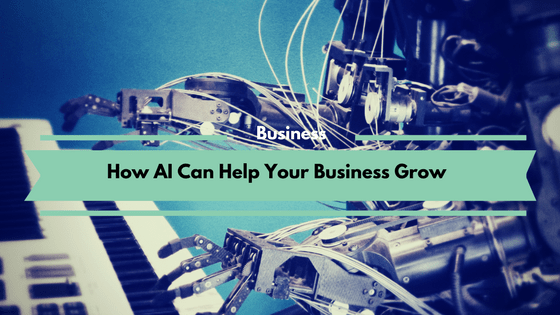 How AI Can Help Your Business Grow

How AI Can Help Your Business Grow

A couple of years back, people were imagining how the future would look like and AI was an integral part of it. Well, that future is here now – believe it or not – and while AI isn’t yet ready to take care of our kids, or pets, its presence in the business world is constantly increasing.

AI is mostly used for intelligent automation, which is basically a software that’s designed to detect products or objects in images or pull data from documents in order to manipulate information.

There’s a ‘human’ quality in the tasks these robots are intended to complete, which is why it’s so important for them to adapt and learn the longer they work on them.

Just like the industrial age brought a huge increase in productivity two centuries ago, that’s how AI can impact the productivity of businesses today.

Software robots can be trained to perform any business computing tasks, which won’t only benefit you as the business owner, but your employees will also be freed from doing repetitive tasks and can be focused on doing something more creative.

There’s also an opportunity in running unmanned facilities with the help of robots like Wyca robots do. This can cut the operating costs of running a business a lot, while productivity with these simple tasks will never go down compared to human employees.

A Drop in Human Errors

Human errors are a completely normal thing for most businesses today, especially when they’re performing repetitive tasks. With more businesses focusing on automation – they’re seeing a huge drop in the number of human errors which makes them way more efficient. This is because software robots can learn and adapt their performance more efficiently than human employees.

Chatbots, for example, will continuously gather information without the need to dig for it (in customer service especially) – thus reducing the number of human errors considerably. They’ll also be able to communicate with 10 people just as well as with one person, which makes them way cheaper than human employees.

AI Can Help Your Marketing

Marketing today isn’t what it used to be. There are a lot of better ways to attract new customers than what used to be the case a decade ago. With the increased usage of big data, it’s only natural that AI can significantly improve marketing campaigns.

With the addition of AI accurate predictions are becoming a breeze and the same can be said for segmentation, which helps build an audience for a business. Marketing is all about sending an offer at the right time, which is only possible with the use of automation software.

Human workers spend so much time on manual data entry that it’s becoming impossible to deal with all that information on their plate. With AI, your sales technology becomes smarter – it knows exactly the deals you’re working on just by taking a look at your calendar, or your email inbox.

AI will automatically build and monitor your pipeline, giving you more time to focus on closing the deals. The indirect impact on your sales isn’t everything, as AI will also remind you to follow-up on some prospects and will make sure there aren’t any errors when it comes to predictions.

As we already mentioned, with software robots you’ll need fewer paid employees working for you. Imagine all the money you’ll save with having to pay less in salaries, benefits, and having to train fewer people overall.

We’ve already covered that with automated software you’ll see an increase in productivity and a drop in human errors, so when you add to that fewer salaries – you’ll see that the average cost for the same (or better) work will be way less than before. The impact this will have on your ROI is immense, and that’s all any business owner should worry about today.

We’re living in the age of technology, where Siri and Alexa are fully capable of controlling anything you may need in your home. AI industry is getting bigger every day and it’s only a matter of time before it completely takes over the business world. Those businesses that take the time to look at the future and adapt the way they operate will have a significant advantage once AI becomes a standard for all businesses.

By staying ahead of the curve you’ll have more time to think of the ways to improve your brand and boost your reputation, which is always a good thing.

Some predictions go as far to say that by 2028 70% of today’s jobs won’t exist for humans, as various AI’s will be more than capable of performing those tasks.

While this may seem like a bad thing at first, it’s also a fact that humans will have more time to focus on more creative tasks and have jobs that will make them happier overall.

0/5 (0 Reviews)
Share
Want to show your product or service to 60k readers interested in monetization?
Great! Now you can advertise on Monetize.info . We have some awesome deals.

Chloe Smith is a business consultant for a Sydney based IT agency, Picnet and a part-time writer always willing to share tidbits of advice. She believes that passion, courage and, above all, knowledge breed success. When she’s not working, she’s probably somewhere cuddled up with a good book, and a cup of lemongrass tea (or more honestly binge-watching the newest Netflix hit show).
Previous 10 Best WordPress Mailing List Plugins for Getting More Subscribers
Next B2B Marketing for Small Businesses 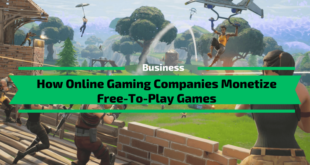 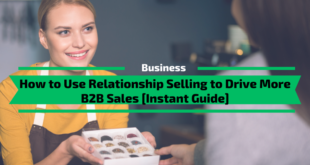 How to Start a Profitable Domain Buying – Selling Business 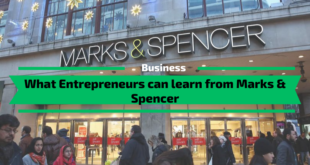 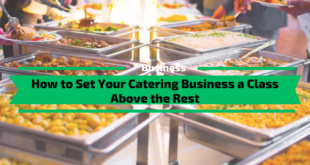 How to Set Your Catering Business a Class Above the Rest 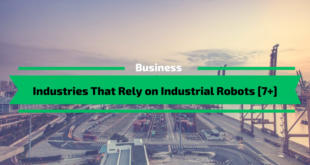 Industries That Rely on Industrial Robots [7+]