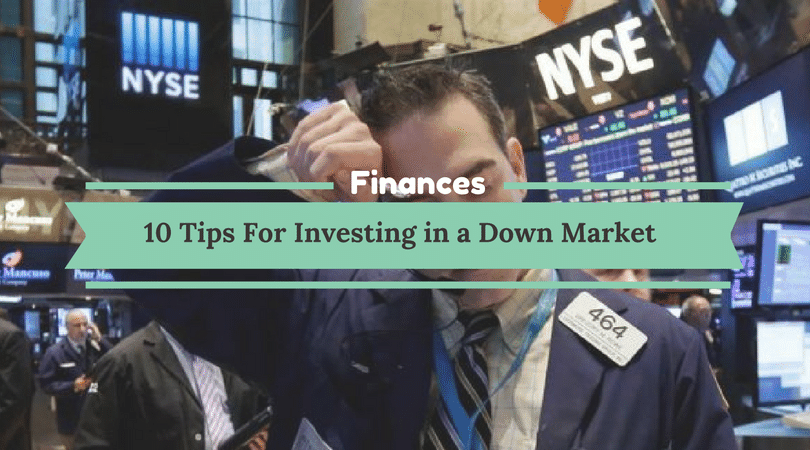 Tips For Investing in A Down Market

10 Tips for Investing in a Down Stocks Market

In this article about investing in a down stocks market, you will find out how to maximize your chances for investing success when stocks take an extended turn for the worse

Unless a lot of other breaking news occurs on a particular day, sharp drops in the stock market make headlines — stock market gyrations are great media fodder. Every day the market environment is different, and new stocks are always plunging and rising.

No one enjoys turning on his car radio, clicking on his television set, or logging on to the Internet and getting this news: “Stocks plunge. The Dow Jones Industrial plummeted 400 points today.” When you hear this news, don’t panic — it’s just one day’s events.

In 2008, the market seemingly had day after day of such drops, and the events could accurately be described as a financial panic, the likes of which the nation hadn’t experienced in generations. 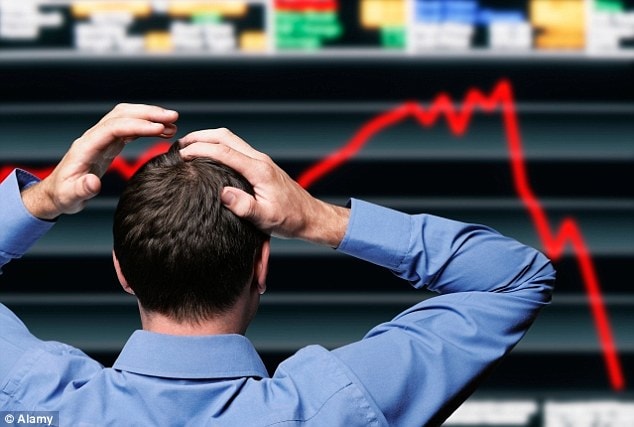 Just because a home burned to the ground recently in your town and the news is being broadcast all over the local media, you probably wouldn’t start living on the street out of fear of being at home during a fire.

But you may take some sensible precautions, such as installing smoke alarms and repairing any malfunctioning appliances that may cause a fire, to ensure that your home isn’t likely to become the next fire department statistic.

You should take sensible precautions — with diversification being the star of the show — to reduce your risk. Although other wealth-building investments, such as real estate and small business, go through significant declines, you generally see few headlines on their daily price movements.

A good reason for this lack of headlines is that no one reports on the pricing of real estate and small businesses minute by minute every business day, as is done with stock prices.

2. Keep Your Portfolio’s Perspective in Mind

If you follow my advice, your portfolio will consist of diversified stock holdings, including some international stocks and some bonds.

Having a diversified portfolio can help in a down market because some investments will increase as others decrease, thus balancing the losses. Make sure you build a diversified fund portfolio.

However, when stock prices decline, don’t get swept up in the pessimism. View declines as the financial markets having a sale on stocks. Stocks usually bottom when pessimism reaches a peak. Why? Those who were motivated to sell have done so, and the major selling has exhausted itself.

During the recession and stock market decline that reached a crescendo in 2008, negativity and pessimism were rampant. Global stock prices dropped by half in about one year’s time. The banking and financial system was in crisis and governments were intervening. Talk of depression became common as U.S. unemployment surged past 10 percent.

After bottoming in early 2009, stocks went on an upward rampage that resulted in a doubling in value in just two years — a rare historic event. Now, I’m not saying you should randomly buy just any stock after a decline.

When technology stocks started declining in 2000, some investors made the mistake of buying more of them after prices dropped 10 or 20 percent. What such “buy on the dip” investors didn’t realize was that the technology stocks they were buying were still grossly overpriced when measured by price-earnings ratios and other valuation measures.

You’re best off buying stocks gradually over time through well-managed, diversified mutual funds. When the broad stock market suffers a substantial decline and stocks are at reduced prices — on sale — you can step up your buying.

Stock market declines can be effective at quickly exposing problems with your portfolio, such as having too many investments from the same industry. 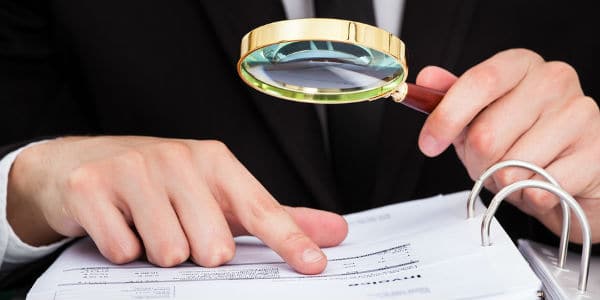 For example, when technology stocks tumbled in the early 2000s, I started getting lots of e-mails and letters from investors who had loaded up on these stocks and wanted my advice on what they should do with their holdings.

Many of these investors kept thinking about how much more their technology stocks were worth at their peak before the decline set in.

I urged such investors to acknowledge the huge risk they were taking by putting so many eggs in one basket. I also highlighted the dangers of chasing after a hot sector, and I pointed out that today’s hot sector often becomes tomorrow’s laggard.

In addition to poorly diversified portfolios, a declining stock market can also expose the high fees you may be paying on your investments.

Fewer investors care about getting whacked with fees amounting to, say, 2 percent annually when they’re making 20 percent yearly. But after a few years of low or negative returns, such high fees become quite painful and more obvious.

5. Avoid Growth Stocks If You Get Queasy Easily

In a sustained stock market slide (bear market), the stocks that get clobbered the most tend to be the ones that were most overpriced from the period of the previous market rise (bull market). Like fads such as hula hoops, pet rocks, and Cabbage Patch dolls, in each bull market, particular types of growth stocks, such as Internet companies or biotechnology companies, can be especially hot.

Predicting the duration and magnitude of a bear market is nearly impossible. Consequently, it makes sense to focus your stock investing on those stocks that produce solid long-term returns and that tend to decline less in major market declines. For instance, so-called value stocks tend to be among the safer types of stocks to hold during a bear market.

Value stocks generally have less downside risk because they have relatively greater underlying asset values in comparison to their stock valuations. (Value stocks also typically pay higher dividends.) As has happened in some other past bear markets, numerous value-oriented stocks actually appreciated during the bear market in the early 2000s.

When the stock market is crumbling, subjecting yourself to a daily diet of bad news and conflicting opinions about what to do next makes most investors do the wrong things. Just like a steady diet of junk food is bad for your physical health, a continuous stream of negative, hyped news is bad for your financial health. 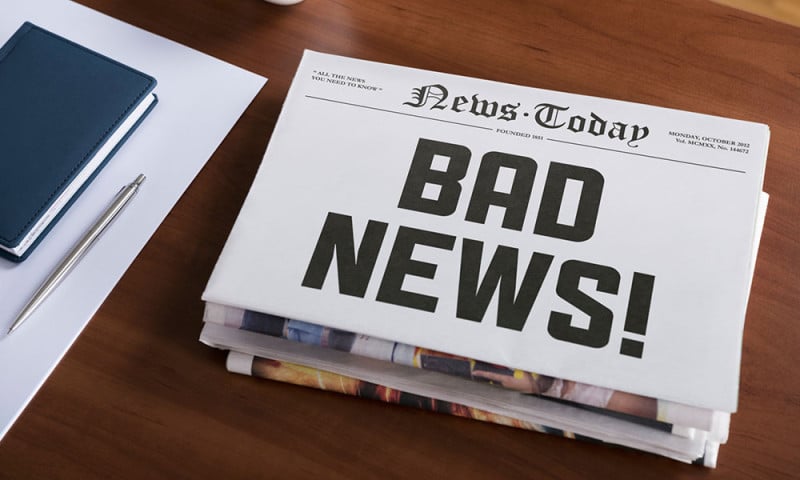 Dwelling on bad news doesn’t do such great things for people’s emotional health either. The economy goes through periods of expansion and occasional periods of decline (with the former generally being longer and stronger than the latter). Conflict is always occurring somewhere in the world.

The business world will always have some unethical and corrupt company executives. Holding stocks always carries risk. So those who see the glass as half full and who see the positive and not just the negative build wealth by holding stocks, real estate, and small business over the long term.

It drives me crazy when the news media show a one-day chart of a major stock market index, such as the Dow Jones Industrial Average, on a day when the index drops a large number of points. In recent years, 200- and 300-point drops in the Dow happened fairly frequently.

Look at an index’s percentage decline rather than at its point decline. Although 200 to 300 points sounds like a horrendous drop, such a drop amounts to a move of about 2 percent for an index trading around 12,500. No one likes losing that portion of their wealth invested in stocks in one day, but the percentage of change sounds less horrifying than the point change.

8. Don’t Believe You Need a Rich Dad to Be a Successful Investor

A young man wrote to me about an interview that he had read about the Rich Dad, Poor Dad series, by author Robert Kiyosaki.

In the interview, Kiyosaki said that the rich are different from the rest of the population because “They teach their children how to be rich. . . . These get-rich techniques include investing with leverage . . . and staying away from mutual funds and 401(k)s, which are way too risky.” 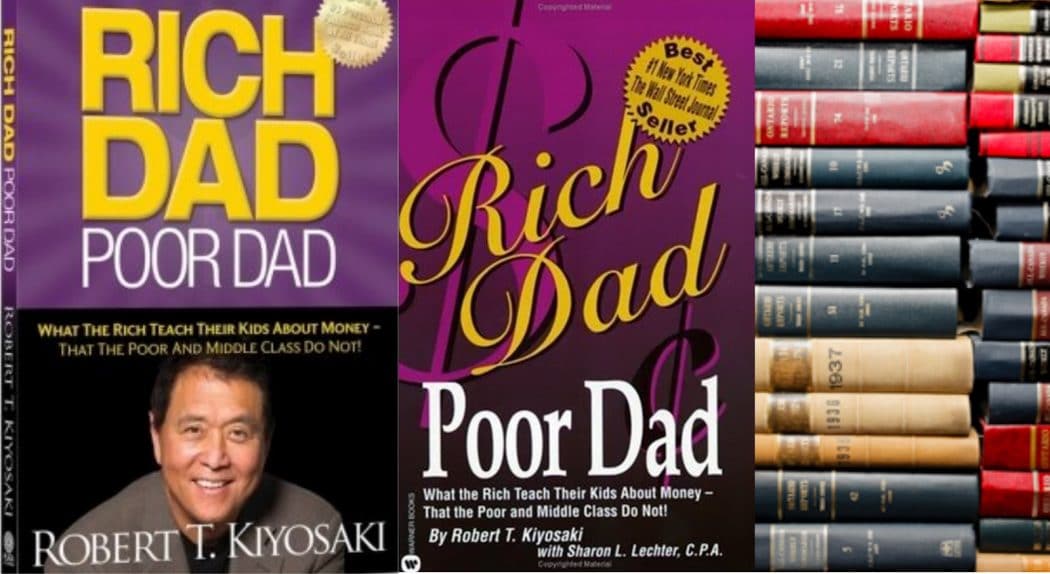 The young man came from a humble background and had been salting money away in mutual funds through his company’s retirement plan. But he thought that he may be doomed to a lifetime of poverty after reading what the Rich Dad guru had to say. Luckily, I was able to set the young man straight.

I’ve known plenty of people over the years who have come from nonwealthy families and have built substantial wealth by living within their means and investing in the three wealth-building assets that I focus on in this book: stocks, real estate, and small business.

In addition to Kiyosaki saying that mutual funds and 401(k)s are way too risky, he also says, “Those vehicles are only good for about 20 percent of the population, people making $100,000 or more.” I couldn’t disagree more. In fact, my experience is that mutual funds and exchange-traded funds are tailor-made for nonwealthy people who don’t have the assets to properly create a diversified portfolio themselves.

Kiyosaki also says that he doesn’t like mutual funds because “Mutual funds have got no insurance from a stock market crash. The best way to reduce the risk of investing in stocks is to diversify your holdings not only in a variety of stocks, which is precisely what good stock mutual funds do, but also in other investments that don’t move in tandem with the stock market (such as bond funds). Kiyosaki claims that he invests with the benefit of insurance when investing in real estate. He says, “My banker requires me to have insurance from catastrophic losses.”

This is a nonsensical comparison because such an insurance policy would cover losses from say, a fire, but not from a decline in market value of the real estate due to overall market conditions.

Interestingly, Kiyosaki followers got clobbered by piling into real estate, which dropped sharply in most areas in the mid- to late-2000s.

When the going gets tough in the stock market, you can easily lose perspective and start making rash decisions. Instead, you must have the long-term perspective you need to succeed with stock investing, and you really need to understand how the financial markets work.

10. Talk to People Who Care About You

Life’s challenging events can be humbling and sometimes depressing. Holding an investment that’s dropped a lot in value — whether it’s a stock, a mutual fund, real estate, or a small business — is one such event.

But you don’t have to carry the burden yourself. Talk about your feelings with someone who understands and cares about you.

Be clear about and communicate what you’re seeking — empathy, good listening, a sounding board, or advice.

This article was written using the information from the book Investing for dummies, 7th edition by Eric Tyson. If you want to learn everything about investing I really recommend reading it.

0/5 (0 Reviews)
431
SHARES
Twitter430FacebookLinkedInMessenger1PinterestEmailTelegram
Many website owners lose, each month, between 25% and 75% of possible revenue. Do you want to monetize your website better? Hire me as your monetization consultant and let's make more money.
Want to show your product or service to 60k readers interested in monetization?
Great! Now you can advertise on Monetize.info . We have some awesome deals.

Stephan J is the founder of Monetize.info and is making a living exclusively online since 2004. He tried and managed to make good profits on everything from Forex trading, options, website flipping, adsense, affiliate websites.His passions are cycling, fitness and he is spending a small fortune on watches and fine cigars
@monetizeinfo
Previous How Online Gaming Companies Monetize Free-To-Play Games
Next A Side Hustle Can Help You Boost Your Savings 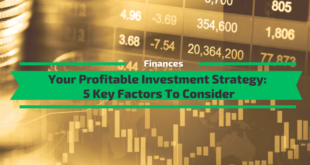 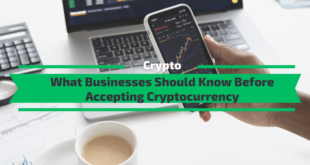 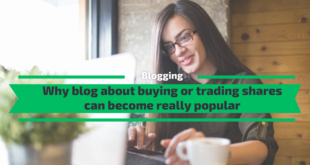 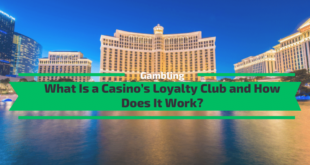 What Is a Casino’s Loyalty Club and How Does It Work?